Leading the Way in Energy for More Than 150 Years

In 1849, Lemuel Davis, a gas engineer from Philadelphia, took on the challenge of organizing a company and securing local financing. A new gas plant was built and Davis became president of the City of Detroit Gas Co., which was later renamed the Detroit Gas Light Co.
In June of 1851, 53 gas street lamps were erected on Woodward, Woodbridge and Jefferson Avenues to light Detroit for the first time.
Between 1849 and 1889, gas usage flourished. The Detroit Gas Light Co. built a second manufacturing plant near the future site of the Ambassador Bridge and extended its gas main to side streets as demand for gas lighting increased.
In 1879, Thomas Alva Edison invented the incandescent lamp, and in 1883, the incandescent light bulb made its first Detroit appearance at Metcalf Brothers dry goods store. 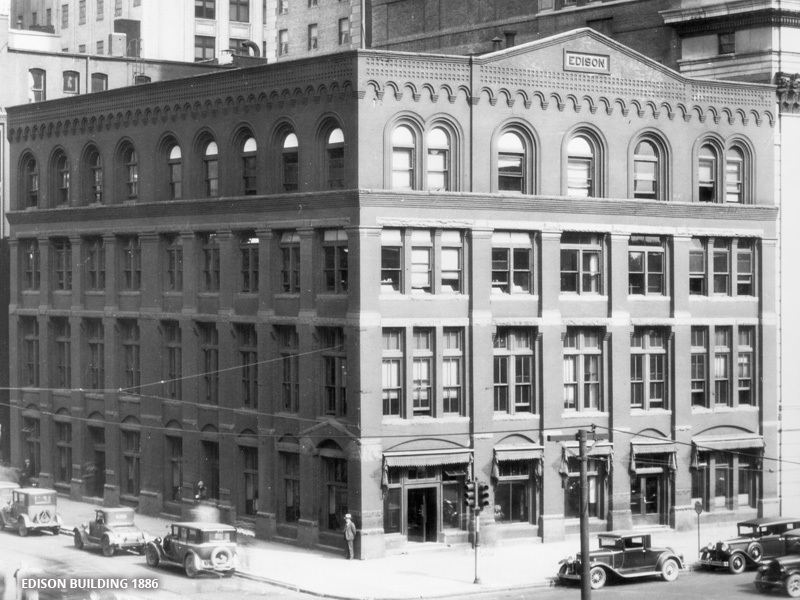 In 1886, the Edison Illuminating Co. of Detroit was organized and began serving its first customers.

Looking to the Future

Today, DTE Energy’s natural gas utility is one of the nation’s largest, safely delivering natural gas to 1.2 million Michigan families and businesses in over 500 communities.
In addition to relying on Michigan’s abundant supply of natural gas, DTE Energy pipelines link customers to energy sources in Texas, Oklahoma, the Rockies, Appalachia, the Gulf of Mexico and western Canada. Because of Michigan’s unique geology, DTE Energy is able to store up to 130 billion cubic feet of gas in naturally occurring underground rock formations. This storage capability assures customers of a reliable gas supply at a competitive price.
As DTE Energy looks to the future, the company continues to explore alternative ways to generate electricity and better ways to deliver it safely and reliably to homes and businesses. The company is working hard to create a diverse energy infrastructure — including clean renewable energy —that will meet Michigan’s demand for power without compromising the needs of future generations.
Early 1900s
By the turn of the century, the Edison Illuminating Co. and the Peninsular Electric Light Co. (which owned the electric distribution franchise in the area) provided all commercial electric lighting and power in the city of Detroit.
In January 1903, Detroit Edison purchased securities of the two companies and incorporated on January 17, 1903. That same year, construction began on the Delray 1 power plant, and Henry Ford, who had left Edison Illuminating four years earlier, founded Ford Motor Co. 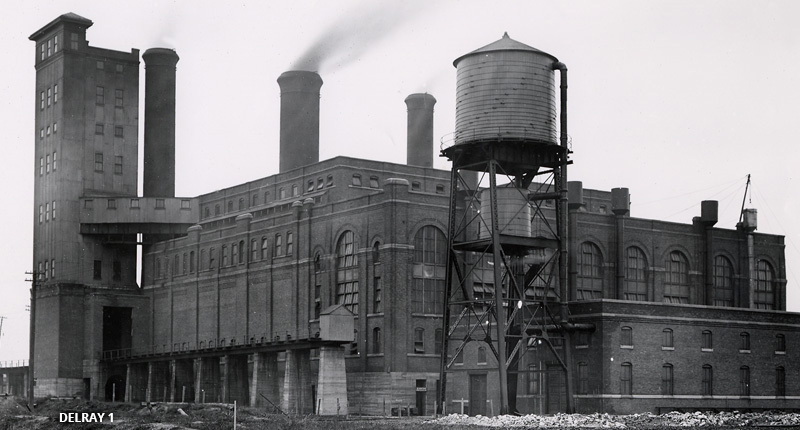 In 1903, the Detroit Gas Co. was renamed the Detroit City Gas Co. It secured franchises for Highland Park and Hamtramck and increased its customer base to more than 67,000.
In 1904, Detroit Edison signed its first power contract with an automobile company — the Cadillac Motor Car Co.
In 1905, a majority of the Detroit City Gas Co. was acquired by the American Light & Traction Co., a holding company that controlled utility and transportation interests stretching from Grand Rapids to Milwaukee.
With the added demand for electricity, the Delray 2 power plant was added in 1908.
In 1913, Detroit City Gas acquired additional service territory that included the communities of River Rouge, Wyandotte, Dearborn, Ecorse and Trenton.
More
1920s
Between 1924 and 1929, Detroit Edison increased its production capacity by building the Marysville, Trenton Channel and Delray 3 power plants. 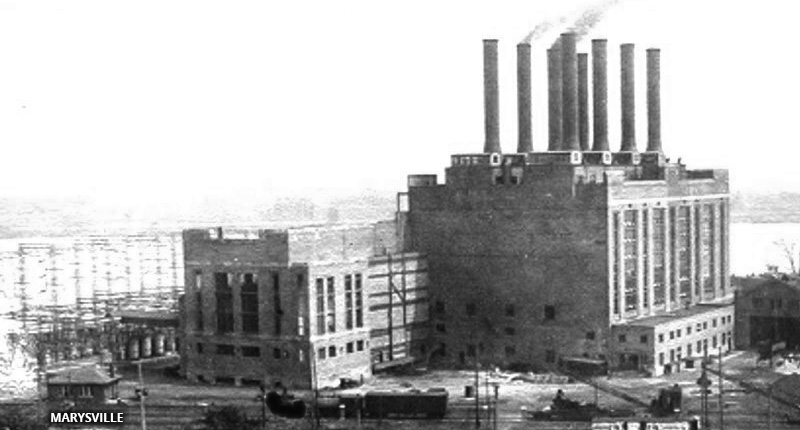 More
1930s
In 1937, a plan was developed to merge the Detroit City Gas Co., the Grand Rapids Gas Light Co., the Washtenaw Gas Co. and the Ann Arbor Gas Co. The merger was approved by the Securities and Exchange Commission and the Michigan Public Service Commission, and in 1938 the new utility became known as Michigan Consolidated Gas Co., or MichCon. 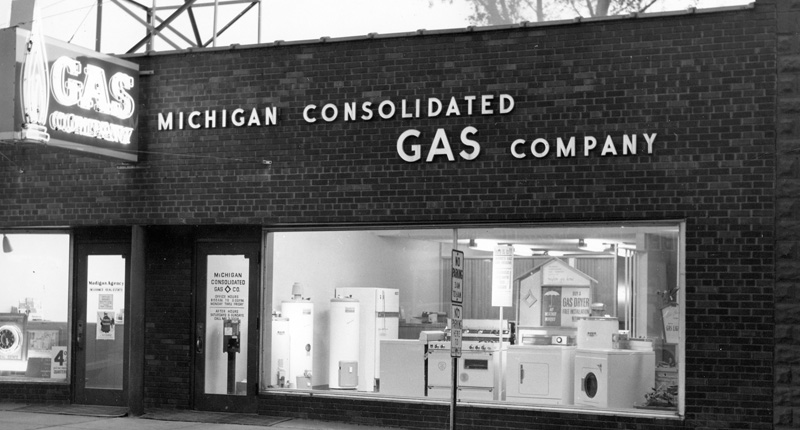 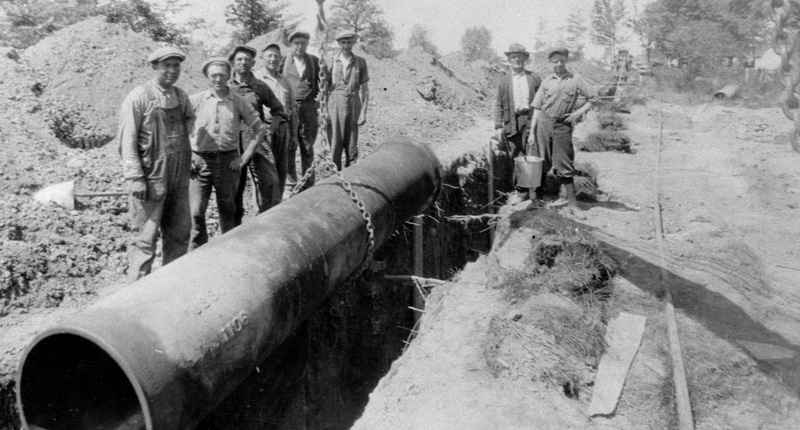 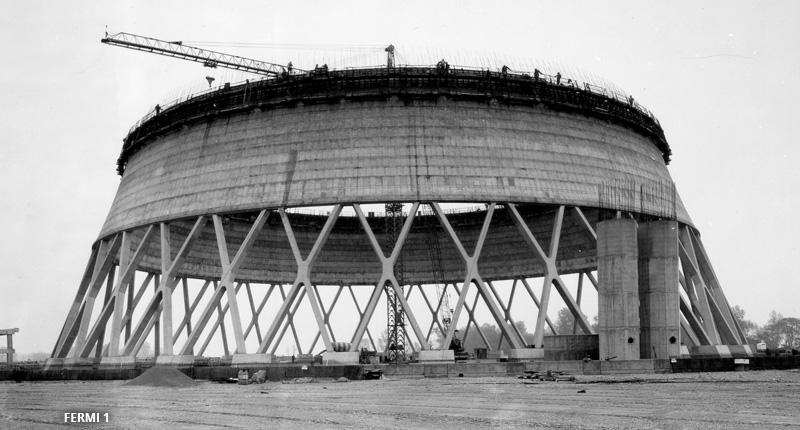 More
1970s
This era marked another construction phase that included the start of the Fermi 2 nuclear plant in 1970 and Monroe power plant Units 1-4, which came on line from 1971-74.
Construction also began in 1972 on the Greenwood Energy Center — the company’s first inland plant designed for both oil - and nuclear-fueled generating units.
The Ludington Pumped Storage Plant, co-owned by Detroit Edison and Consumers Power, also went into service in 1973. 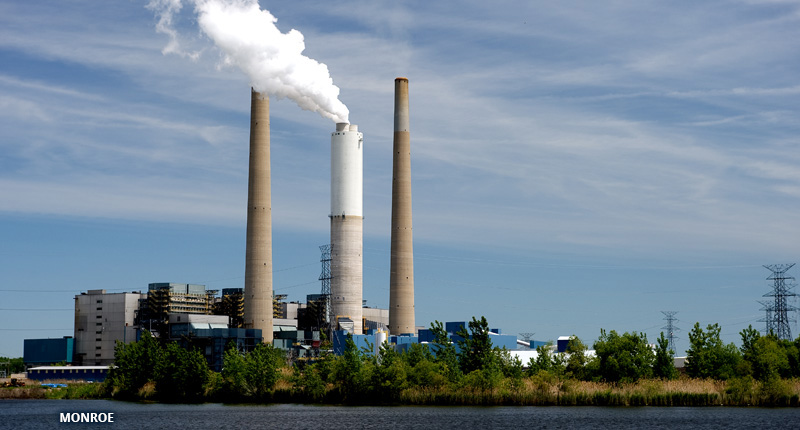 More
1980s
MichCon became a wholly-owned subsidiary of Primark Corp in 1981. In 1988, Primark spun-off MichCon, and the MCN Corp. was established as the parent company of MichCon.
In 1983, Detroit Edison sought to sell its engineering expertise through the creation of Utility Technical Services, later called SYNDECO — Detroit Edison’s first subsidiary business.
Supporting the new marketing push and increasing customer demand were Belle River Units 1 and 2, which went online in 1984 and 1985.
In 1986, the Detroit Edison Foundation was formed to manage the company’s charitable giving programs and volunteer efforts that had grown over the years.

The Fermi 2 unit was licensed and went online in 1988. The company also founded what is now DTE Biomass Energy to begin collecting methane gas from landfills for use in energy production.
More
1990s
In January 1996, Detroit Edison established a holding company — DTE Energy. “DTE” was selected because it was the existing stock symbol for Detroit Edison. “Energy” was chosen to represent the company’s vision to provide integrated energy (not just electric) solutions to customers. 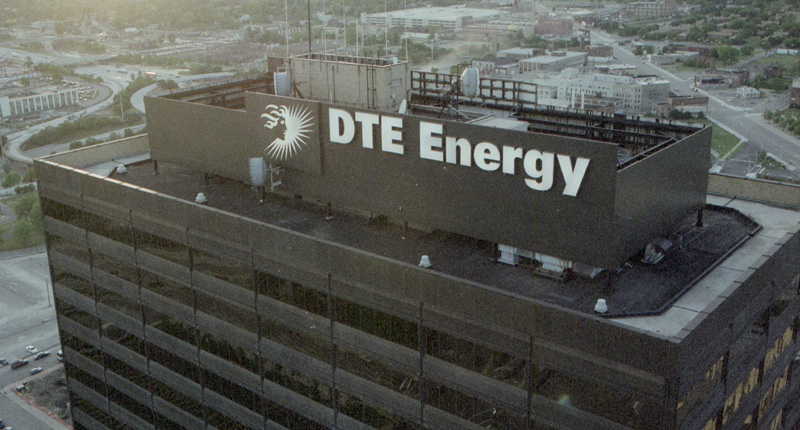 More
2000s
On May 31, 2001 DTE Energy and MCN Energy Group completed a merger which created Michigan’s largest energy company and a premier regional energy provider.
In 2007, DTE Energy began acquiring wind development rights on more than 100,000 acres of land in the Thumb area. The first DTE Energy-owned and constructed wind parks were commissioned (connected to the grid and generating power) in December 2012. Two of these wind parks are located in Huron County and one in Sanilac County. 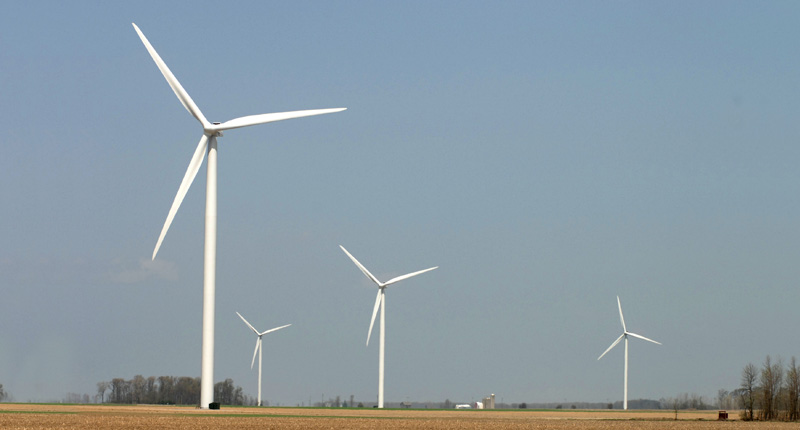